Temperature, humidity, soil, sunlight, electricity, vital force, express themselves primarily in vegetable existence that furnishes the basis of that animal life which yields sustenance to the human race. What a man, a community, a nation can do, think, suffer, imagine or achieve depends upon what it eats.
The primary form of food is grass. Grass feeds the ox: the ox nourishes man: man dies and goes to grass again; and so the tide of life, with everlasting repetition, in continuous circles, moves endlessly on and upward, and in more senses than one, all flesh is grass.
From “In Praise of Bluegrass,” an address by John James Ingalls (1833-1900)
Senator from Kansas from 1873 to 1891.
Originally printed in the Kansas Magazine in 1872.
We frequently forget that the law of unintended consequences still rules. Our actions, like medications, have multiple effects. Some effects are desirable, some are undesirable. Without a thoughtful consideration of all of these effects, we cannot make intelligent decisions. And even after such thoughtful consideration, we are still likely to be surprised by some previously unknown effects. A rancher once told me his version of this law – “Nature Votes Last!”

I visited a lovely ranch property several years ago. The owners had recently relocated from an area where the quality of the roads made buying a new car unwise. But now they were driving on good roads, so they had purchased a nice, new, white Cadillac. She loved their new car. While the county roads were asphalt, their long ranch drive was not. He soon tired of washing mud off of their new, white Cadillac. His solution? Pave the drive!

They were in the early stages of developing this property. They hadn’t constructed sufficient interior fencing, so they couldn’t control the movement of their cattle. The cows were pretty much free to wander where ever they chose, and they were very happy that this passive solar energy collector had been installed. Every night they gratefully camped on this warm asphalt. Anyone who’s spent time around bovines knows what they do soon after standing up. So instead of washing mud off her new, white Cadillac, he was washing off … processed forage! 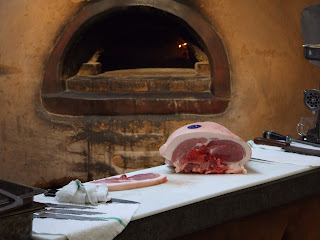 For the last thirty years, the official dietary policy of the United States Government has been that every American needs to be on a low-fat, reduced-cholesterol diet to prevent cardio vascular heart disease, obesity, and other chronic diseases. This policy was enacted by people who believed that dietary saturated fat and cholesterol raised the level of cholesterol in the blood, and that this increased one’s risk of developing heart disease. The obvious solution, equivalent to paving the ranch drive, was to eat less saturated fat and cholesterol.

It would be one thing to be surprised by some unforeseen effects of such a sweeping policy, but it’s quite another that they failed to properly consider all of the information before enacting this disastrous policy. These policy makers ignored the fact that there was little data to support their position and a great deal to refute it (Taubes, 2008).

Here’s a quick test (thanks to Barry Groves):

Which of these two groups of mammals are “designed” to digest a low fat diet?

Digestion and ingestion are different processes. Clearly the first group of mammals ingest a low fat, high fiber diet. But mammalian enzymes cannot hydrolyze (digest) the cellulose and other complex carbohydrates that make up plant fiber. Microorganisms, however, produce enzymes that can. Herbivorous mammals live in a symbiotic relationship with these organisms. The host mammal possess digestive systems that permit fore-gut fermentation (the cattle and sheep, for example, via their reticulo-rumen), or hind-gut fermentation (the gorilla, for example, via it’s enlarged colon and cecum). In either case, the products of these fermentation processes are short-chain, volatile fatty acids (principally acetic, propionic, and butyric acids). Interestingly enough, 60 – 80 % of a ruminant’s (Pond, 2005) and 66 % of a gorilla’s (Popovich, et al., 1997) energy needs come from these fatty acids. These animals digest a high fat diet!

Mankind has been consuming animal products, especially fat, for a very long time. Several authors have argued that one of the two critical drivers for the development of our species, Homo sapiens, is the consumption of a diet consisting primarily of organ meats, animal fats, and muscle meats (Kaplan et al., 2000, Stanford and Bunn, 2001, Bramble and Lieberman, 2004). The other developmental driver was the practice of cooking (Wrangham, et al., 1999, Wrangham, 2006). Wrangham’s book, Catching Fire: How Cooking Made Us Human is a fascinating and very readable examination of this topic.

All living tissue requires energy for maintenance. Our basal metabolic rate, when adjusted for total body size, is the same as other primates (Leonard and Robertson, 1997). By eating a truly nutrient dense diet, one based upon animal products, our ancient ancestors no longer needed to maintain the large digestive tracts required by mammals living on high fiber diets. Our large intestine, or colon, is less than 60 percent of the mass that would be expected from our total body mass (Martin, et al., 1985). In fact, the volume of the entire human gut is only 60 percent of what would be expected from our total body mass (Aiello and Wheeler, 1995). This reduction in human gut size frees up at least 10 percent of the expected basal metabolic rate for our brain’s requirement (Aiello and Wheeler, 1995). In addition, the cholesterol (and other nutrients, including choline) provided by a diet based on animal products provided the vital “raw material” to build the brain (Leonard, et al., 2007). Plant-based diets lack these vital nutrients.

One can wish that our survival did not require killing. But, as Ralph Inge said, “All of nature is a conjugation of the verb ‘to eat.’” Wishing won’t make it so. The USDA Dietary Guidelines for Americans, 2010 continues the pattern of recommending carbohydrate-based diets, with restricted consumption of red meat, full-fat dairy, cholesterol, saturated fat, and salt. The Dietary Guidelines Advisory Committee ignored peer-reviewed scientific research demonstrating the harm this approach has caused and will continue to cause (Hite, et al, 2010). Given what we know about our nature, we should not be surprised by the epidemic of obesity and chronic disease we are experiencing in this country, and around the world. 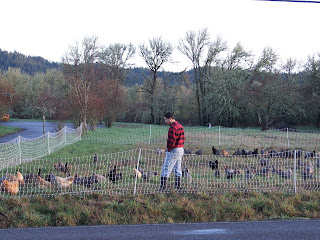 Aiello, L., and P. Wheeler. 1995. “The Expensive-Tissue Hypothesis: The Brain and the Digestive System in Human and Primate Evolution.” Current Anthropology 36:199-221.