Once upon a time: The refuted roots of organic farming

Once upon a time, many years ago, people who considered such things believed that there were substances that could only be synthesized by living organisms. This dichotomy between living (organic) and non-living (inorganic) is the basis of today’s chemistry sub disciplines. It was understood that life arose from and involved “life forces” that were apart from the purely physical and chemical realm. In other words, all "living organisms are fundamentally different from non-living entities because they contain some non-physical element or are governed by different principles than are inanimate things".1 This is the philosophy of “vitalism.”
﻿
In 1828 Friedrich Wohler accidentally made urea in the laboratory. This marked the breaking of the barrier between “organic” and “inorganic” compounds (he told his teacher that he had made “urea without requiring a kidney of an animal, either man or dog.”). He had refuted a core tenant of vitalism. Wohler wrote that he had witnessed “the great tragedy of science, the slaying of a beautiful hypothesis by an ugly fact.” Vitalism was fiercely debated for the next 75 years before it was replaced by our modern understanding of chemistry and biology. Yet this belief system, perhaps unknowingly, is held by many today.
﻿
The man most responsible for the perpetuation of this discredited belief is Rudolf Steiner (1861-1925). Steiner taught his followers in the early 1920s that urea synthesized by the Wohler process was “dead.” Such synthetic fertilizers did not possess critical “vital” forces, thus yielding “dead’ food. Steiner recommended using only animal manures and crop rotation to fertilize fields. He taught his followers that the “new” food from synthetic fertilizers was spiritually and physically deficient and resulted in poor health. From Steiner’s teachings in the early 1920s arose the modern organic farming movement.

As Simple As Possible, But No Simpler

Albert Einstein is frequently credited with saying that “Everything should be made as simple as possible, but not simpler.” While the composer Roger Sessions appears to be the actual author of this quote, it accurately captures the sentiment of a statement that Einstein did make describing the role of true scientists as they state hypotheses for testing.

“It can scarcely be denied that the supreme goal of all theory is to make the irreducible basic elements as simple and as few as possible without having to surrender the adequate representation of a single datum of experience.” 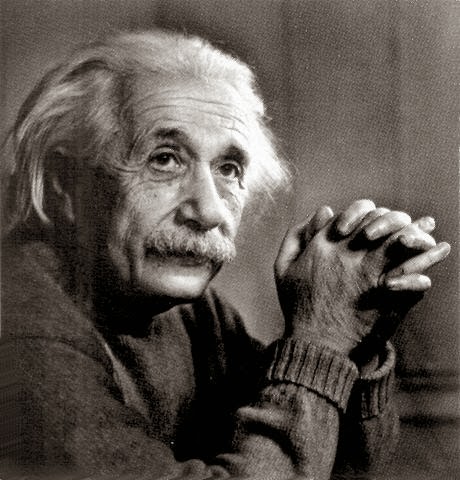 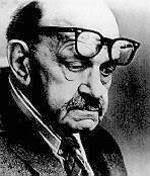 (Photo credit links Einstein and Sessions)
Peter Ballerstedt, Barenbrug USA’s Forage Product Manager, believes that the failure to observe this advice has produced the epidemic of chronic disease facing America today and has limited the use of grass in rations for today’s high-producing dairy cows. “We’ve misunderstood the role of carbohydrates in both cases,” Ballerstedt explains. If that’s hard to follow, perhaps some of Ballerstedt’s experiences will make it clearer.

“Six years ago at Christmas, I took a family portrait. When I looked at myself in that picture, I didn’t like what I saw.” He was “an obese, prediabetic, balding 51 year-old.” Today, he says, “I’m just balding.” What changed? His diet. Today he eats a diet that is high in fat (primarily from animal products) and low in carbohydrate. “The official dietary policy and advice is based upon two overly-simplistic and unfounded hypotheses,” he says.

First, that the heart-healthy diet is one that is low in fat, low in cholesterol, with restricted consumption of full-fat dairy and other animal products. “Since the arterial plaques of atherosclerosis contained cholesterol, it was speculated that the solution was to limit dietary cholesterol and saturated fat intake,” Ballerstedt adds.

“Second, that since fat contains almost twice as many calories per gram than carbohydrate, replacing dietary fat with carbohydrate would prevent obesity,” he continues. Despite the fact that dietary carbohydrate was understood to be “uniquely fattening” in the human diet, Americans were directed to consume diets where the majority of their calories would be supplied by carbohydrates. “A calorie is a calorie, we were told, despite the fact  that isocaloric amounts of fat, carbohydrates and protein produce different hormonal responses.”

Both these hypotheses were adopted despite the lack of proof and the presence of conflicting evidence. Thus the products of forage agriculture, red meat and full-fat dairy products, were falsely accused of promoting obesity and cardio-vascular disease. “Now that I understand these erroneous oversimplifications, I want folks in animal agriculture, especially ruminant agriculture, to become familiar with the information I’ve learned over the past six years.” Ballerstedt concludes by saying, “We are not what we eat. We are what our body does with what we eat!”

So, what’s this got to do with the role of grass in today’s dairy rations? Unjustified oversimplifications have unfairly penalized cool season grasses. First, there’s the current understanding of forage quality. “Our concept of forage quality has been, basically, that lower neutral detergent fiber (NDF) means higher quality.” This was an unjustified over-simplification.

The fact that cool season grasses have higher NDF was assumed to mean that they were lower quality than alfalfa. But NDF readings cannot be compared between grasses, legumes and corn silage. “Despite this, relative feed value (RFV) and relative feed quality (RFQ) values have been used to compare different forage species,” according to Ballerstedt. “The key fact is that the digestibility of cool season grass NDF is higher than NDF from alfalfa or corn.” 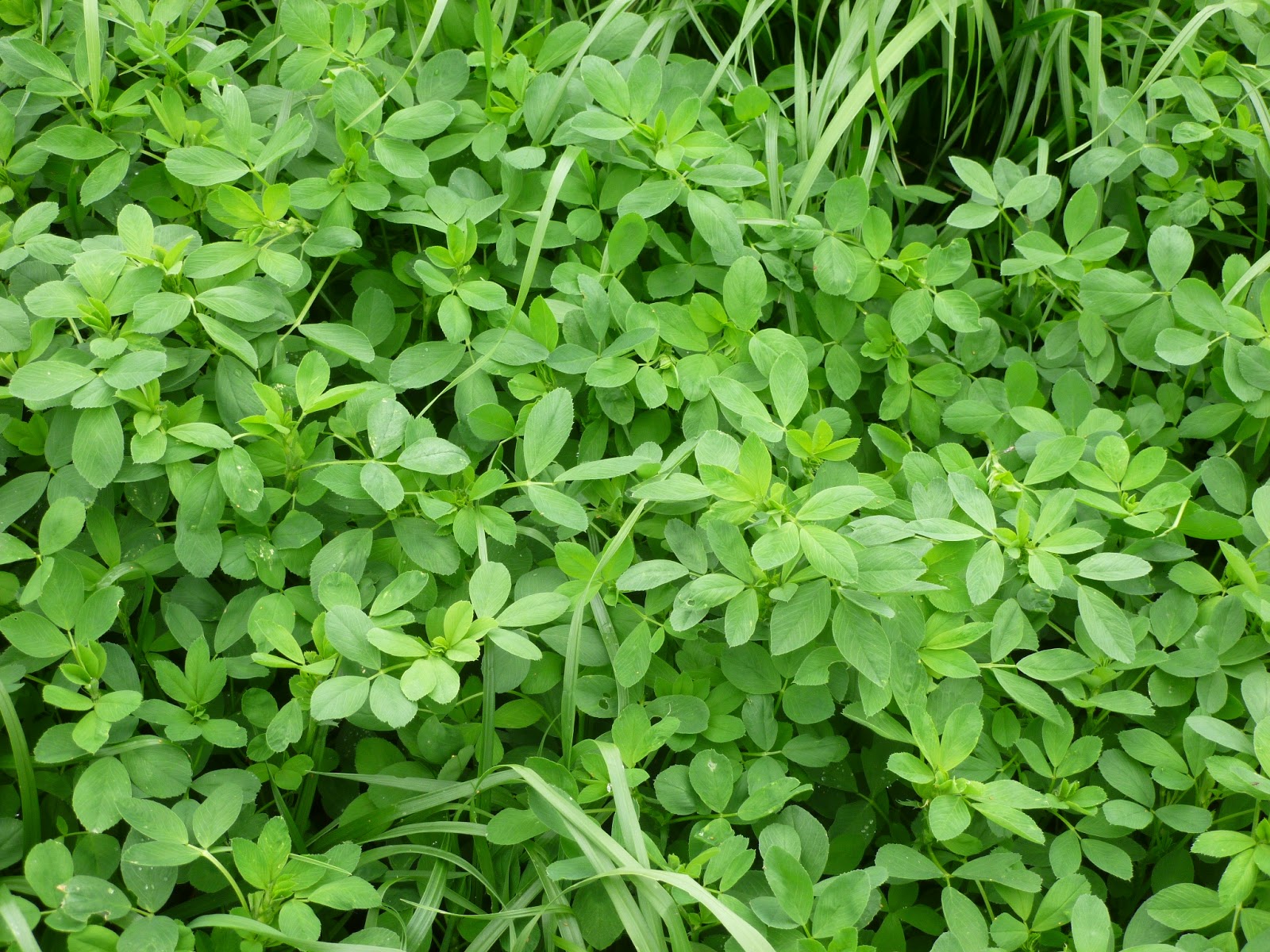 Italian ryegrass and alfalfa
Another oversimplification was relying on a single laboratory parameter to predict animal performance from forage samples. Work conducted by dairy scientist, David Combs and his colleagues at the University of Wisconsin, has produced an improved assay that incorporates the rate of fiber digestion, the rate of passage and the total fiber digestibility. This new assessment of forage quality, called total tract neutral detergent fiber digestibility (TTNDFD), allows comparisons across forage species and can be used to balance rations.

Not only can TTNDFD be used to balance rations, it can be used as a selection criteria in developing new grass varieties. “All grasses are not created equal!” Ballerstedt states. “Barenbrug has developed varieties that have the highest NDFD and TTNDFD of their species.” Up to ten percentage point differences between grass species and varieties within a species cut at the same growth stage have been documented. “Remember, a two percentage point increase in TTNDFD can produce an additional pound of milk per day from an already high-producing cow! Barenbrug’s NutriFiber brand assures the farmer of the greatest genetic potential for the highest NDFD and TTNDFD.” 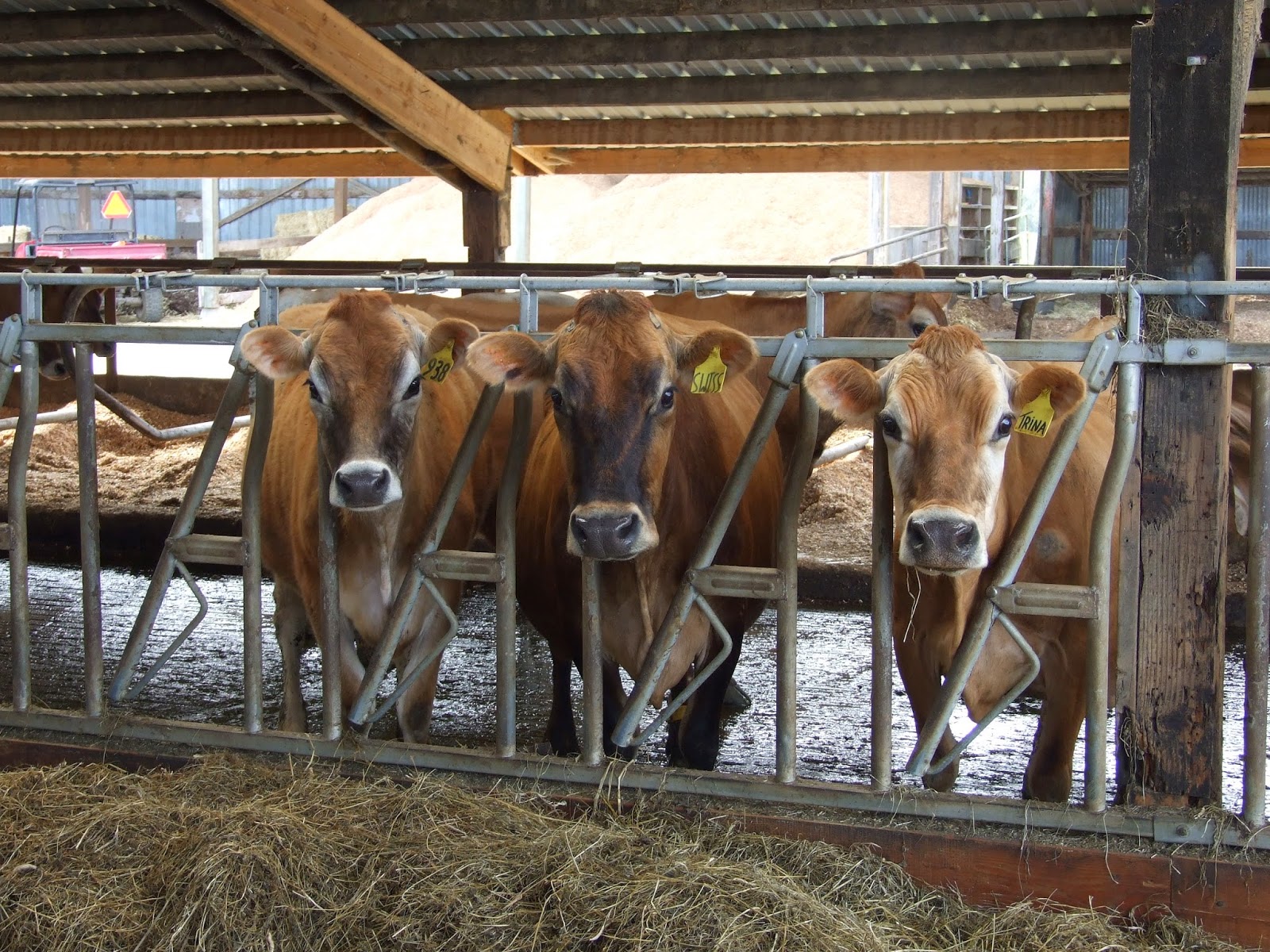 Jersey Cows. They are NOT what they eat!
Ballerstedt finds it ironic that his personal and professional interest should be so tied to carbohydrates. “In humans, there’s no such thing as an essential carbohydrate. Dairy cows, on the other hand, must have two types of carbohydrate: non-fiber carbohydrate (NFC), starches and sugars, to support high levels of milk production; and digestible NDF to promote rumen health, butterfat production and animal well-being.”
Posted by Pete B at 5:31 AM No comments:

My experience has made me skeptical. I believe that’s a requirement for scientists and “herd quitters.” After all, the opposite of skeptical is gullible.

When sustainability comes up, I’m usually left wondering who’s defined the criteria. It frequently seems that profitability isn’t part of these discussions, for example. But there’s no sustainability without profit. After all, there are easier ways than farming to not make money!

A definition I am most comfortable with describes sustainability as “ … meet[ing] the needs of the present without compromising the ability of future generations to meet their own needs.” (Brundtland Report, October 1987, World Commission on Environment and Development). Human nutrition must be considered one of the present needs, but the deplorable state of our conventional wisdom regarding a “healthy diet” strongly suggests it hasn’t been accurately considered.

As I’ve learned the sordid history of how we’ve gotten into the current mess regarding diet, health and human nutrition, I’ve been struck by similarities with other current controversies, like Catastrophic Anthropogenic Global Climate Change (aka “Global Warming” or “Climate Change”). Some folks are far more certain of their positions than the data warrant, it seems to me. Talk of “consensus” (a concept of little relevance to science), and crises that demand immediate action despite adequate understanding of the crises, its causes, or the impact of the proposed actions are common features.

So imagine my reaction when I came across this story: ObamaAdministration to Insert Global Warming Activism into Dietary GuidelinesMandated by Congress. Apparently, last week at a closed-door meeting, environmental activists within the U.S. government met to plan changes to the nation’s dietary guidelines to promote foods that they believe have “a smaller carbon footprint.” The good news may be that the dietary guidelines themselves are becoming increasingly discredited, so either no one will listen, or it will take down the anti-carbon activists by association. One can only hope.

For a good introduction to how we got the dietary guidelines, I recommend Denise Minger's book, Death by Food Pyramid: How Shoddy Science, Sketchy Politics andShady Special Interests Have Ruined Our Health. If you’d like to read a critique of the latest edition of the dietary guidelines, read my friend Adele Hite’s journal article In the face ofcontradictory evidence: report of the Dietary Guidelines for AmericansCommittee (her blog is well worth reading, too). If you’d like to learn about issues related to climate change, I recommend Anthony Watt’s blog.